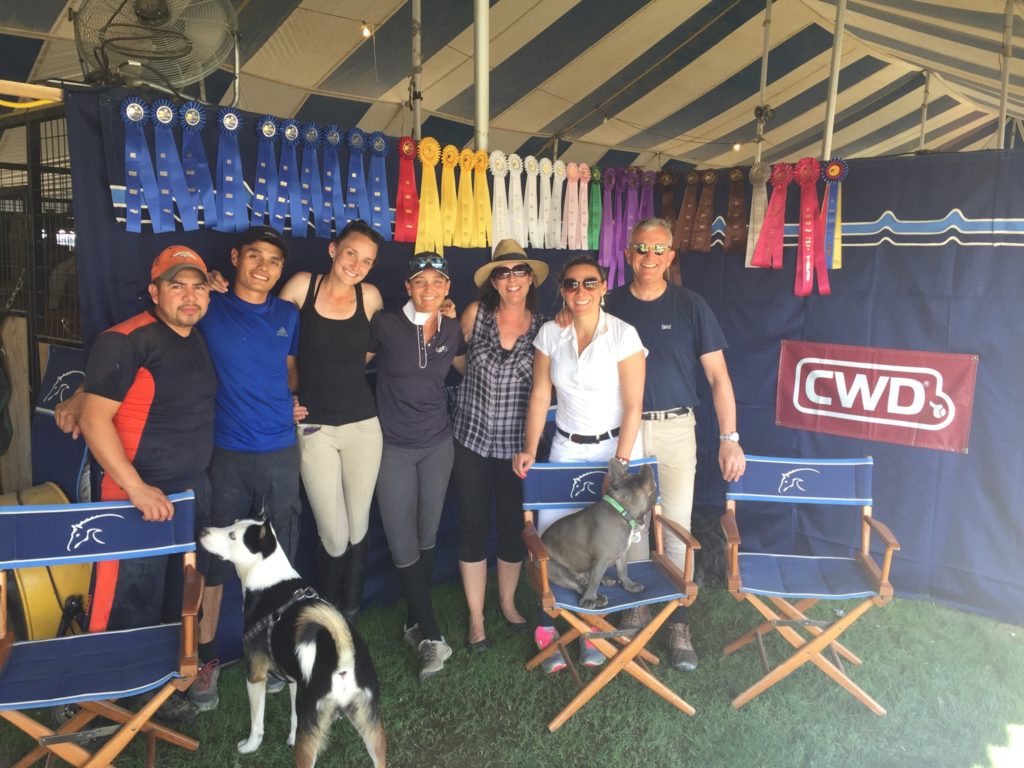 Our horses and riders did wonderfully with the guidance Mariano Bedoya and Luciana Solari for three weeks in Thermal HITS. Whitney showed for the first time in five years and although acting initially like a baby green horse got her act together and won a couple nice ribbons. It was a great three weeks for her preparing for the summer circuit here in Parker, CO.

Caroline Ravenel rode her new horse imported from Argentina and did very well. It was quite an adventure on a new horse in a new location and Caroline enjoyed it very much.

Mauricio and DesparadO were Champions of the week in the Medium Amateur/Owner jumpers. His wife Lina competed strongly in two Grand Prix placing 8th in both out of a field of 30 riders. Lina won the Grand Prix at Stock Show this January, also placing 4th on her second mount. We have learned to expect nothing but the best from Lina and her partners!